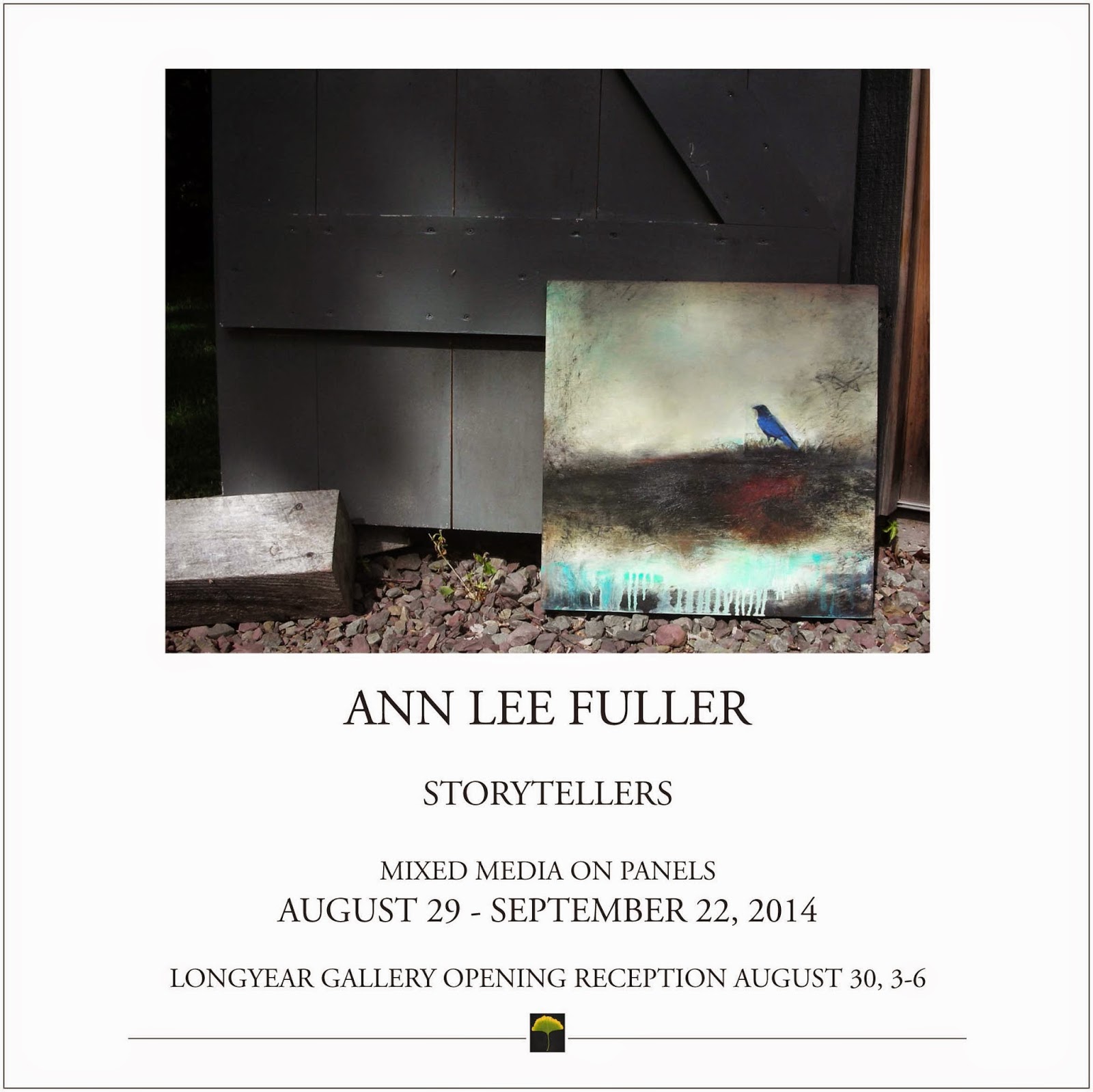 Several years ago in the fall, as I was readying garlic cloves for planting, I watched as the sky became filled by a flock of crows. With their coal black color they were a stark, noisy contrast in the landscape. That day I became fascinated by the extent of their “language.” I later learned that crows and ravens are considered to be among the most intelligent and vocal creatures.

While crows and their raven cousins are most often associated with fear and foreboding, in many cultures they represent the good and positive. The origin of “Storytellers” was born out of the myth of Odin, one of the chief gods in Norse mythology, who had a pair ravens called Hugin (Thought) and Munin (Mind) perching on his shoulders. Each daybreak they were sent out into the world to observe what was happening. By sunset they would come back to report to their master what they had seen and learned.

I set about to create a series of mixed media works in the spirit of haiku, small snapshots stirring emotions while avoiding unnecessary detail, with the blackbird silhouette as a signature visual element. The concept of the bird as a separate layer in each piece is meant to strengthen the notion of observer. Richness of the landscape atmosphere and light as seen in my previous work continued to attract me, but improvisation became my aim. I am not an abstract painter, so I let the paint tell me where to go, often combining traditional brushwork and paint glazing with unique crumpled paper brushes and paint dripping. The pieces are not as much about the subject as they are studies of color and form, and surprise.

Two plus years in the making, “Storytellers” is comprised of thirty-eight works, thirty-one 8x8’s and seven 20x20’s on birch panels.